Metro Atlanta mortgage rates will go up in 2014. At least that's what just about every housing and mortgage analyst has been saying for several months now, and is still saying.

The Fed announced recently that it would extend the so-called taper and cut its bond-buying by another $10 billion, to $65 billion.

And yet for the past month, Metro Atlanta mortgage rates have not really moved. If anything, they've moved slightly lower from their year-end level and now hover just above 4.50 percent for the 30-year fixed. That has some scratching their heads about where rates will move as we head into the usually busy spring housing market. 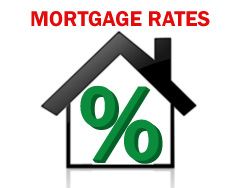 The reason: As the stock market falls, investors head to the safety of quality assets such as bonds. Recent economic turmoil overseas has added to that movement and, consequently, to a rebound in Treasury-buying, which depresses yields. Metro Atlanta mortgage rates generally follow the 10-year yield.

So will Metro Atlanta mortgage rates really rise in 2014? Probably, but not entirely because of the Fed's moves or more mortgage regulation. Despite a new regime at the Fed, policy will still depend largely on the employment picture.

"What Janet Yellen will do in March will depend on a few more jobs numbers and a clearer view of how markets deal with the current reality of less QE [quantitative easing]," according to Peter Boockvar, an analyst with the Lindsey Group.

Metro Atlanta mortgage rates will rise because interest rates always increase with an improving economy and a strong stock market, which appears to be the current trajectory, though they likely will rise more slowly than some have predicted.

For more on Metro Atlanta mortgage rates and the news that affects those rates, visit our Atlanta Mortgage Info section of articles under Atlanta Real Estate Categories to your right.