This Metro Atlanta tax update involves a number of changes to take into consideration before filing your 2016 income tax returns. And despite the changes, overall there aren't too many variations in the preparation of your 2016 income tax returns compared to 2015. However, there are a few important considerations for you to take note of to make sure you're filing as accurately and efficiently as possible this year – especially if you're planning to get a tax refund.

One important Metro Atlanta tax update of which to be aware is that taxpayers will have three extra days to file their returns this year. April 15th falls on a Saturday, and when that occurs the tax deadline is extended to the next business day, ordinarily Monday, April 17th. However, April 17th is the day the District of Columbia recognizes Emancipation Day. So the tax deadline will be Tuesday, April 18th.

The various tax deductions and filing rules are essentially the same as last year. The difference will be in the tax brackets, which were adjusted for inflation. So, as one CPA put it, don't necessarily assume that what you did last year can be relied on this year. Consult the tax tables carefully. 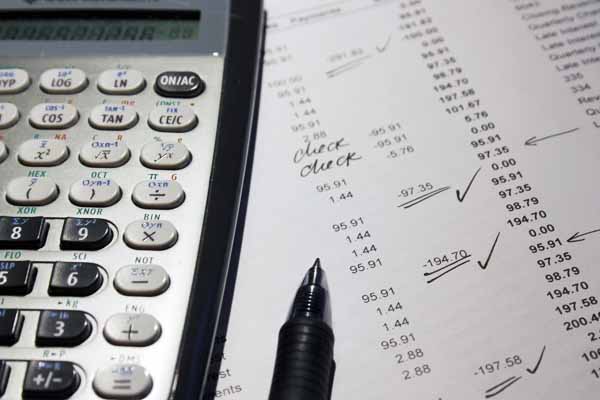 This Metro Atlanta tax update addresses several changes to be aware of.

There could be a delay in receiving your refund. If you are claiming the Earned Income Tax Credit or the Additional Child Tax Credit, expect your refund to be delayed in order to give the IRS more time to investigate errors and fraud in claiming these credits. Blame the delay on a new law, Protecting Americans from Tax Hikes, passed in 2015.

If you need help from the IRS, you will need an appointment. The IRS taxpayer assistance centers no longer accept walk-ins. Simply call in advance to make an appointment and help will be available.

Your income tax bracket may have changed. Income levels for all tax rates have been adjusted slightly to reflect the results of inflation. Consult the new tax tables.

You may get a larger Earned Income Tax Credit. Another Metro Atlanta tax update is for taxpayers who have three or more children. The maximum credit for their 2016 income tax returns is $6,269, compared to $6,242 in 2015. The formula for the tax credit includes several factors, including income and the number of dependents.

You'll pay a larger penalty if you weren't covered by health insurance. If you don’t have health insurance, you’re going to be penalized – again – to the tune of $695 per adult and $347.50 for each minor child. Good news, though… the maximum household penalty is $2,085. Still, according to IRS officials, most families won’t actually owe the IRS any money, thanks to over 30 existing exemptions already in place.

If you owe enough back taxes, you may lose your passport. The U.S. State Department now has the right to revoke your passport if you owe more than $50,000 in unpaid taxes. This is due to a 2015 transportation regulation called the FAST Act. Insiders say the IRS so far hasn’t provided back taxes information to the State Department, but expects to do so later this year. So, if you plan to travel abroad in the future, you better make sure you’ve paid your taxes.

You can find more articles pertaining to Metro Atlanta taxes in the Taxes section of our site below Atlanta Real Estate Categories in the column to your right.

It’s time to look at your Metro Atlanta taxes again. Another year has come and gone and soon it will be tax deadline day. Regardless of whether you hire an accountant, use an online tax service, or file your income tax returns yourself, one question constantly appears on your tax return form. The question? Did you move last year?

While the answer seems relatively simple – you either moved or you didn’t – the answer may often create a lengthier list of additional questions that may affect how much you either owe to or are to be refunded by the IRS. Let’s take a quick look at three separate scenarios worth considering, and what you should know about each – and how they may affect your Metro Atlanta taxes. 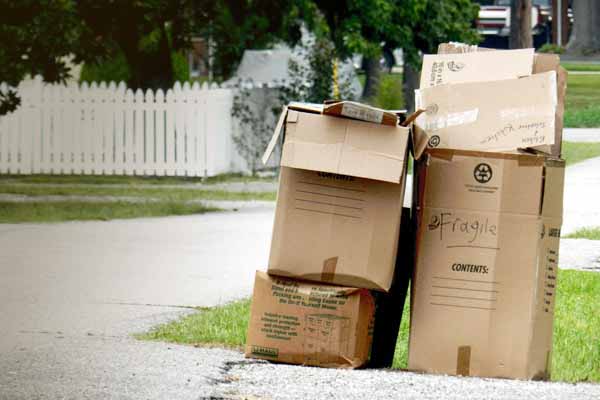 If you moved to a new state…
If you relocated to a different state during the tax year, you’ll be required to file a part-year tax return for the portion of the year you resided in that state. Naturally, you should receive W-2 forms from your employer with income information for each state you lived in during the tax year. When it comes to the tax return itself, if your move was precipitated for work purposes, it’s possible to deduct moving expenses for the relocation. If that’s the case, make sure you have proper back-up – receipts for storage fees, movers, and travel expenses. While moves paid by your employer are not deductible, it’s still a good idea to have all your receipts in the event you find out they aren’t eligible for reimbursement by your employer, but may be tax-deductible. That could be good news for your Metro Atlanta taxes.

If you bought a home…
If you purchased your home during the taxable year, welcome to a whole new list of expenses, but also some nice tax benefits. Homeowners can deduct mortgage interest expense they paid during the taxable year, prorated property taxes for the time they owned the home and any loan origination fees or “points” (a percentage of the mortgage loan amount usually charged by the lending institution.) If you have a mortgage – and these days, who doesn’t? – you should receive Form 1098 from your mortgage lender. Form 1098 should include mortgage interest you paid during the taxable year, real estate property taxes paid out of the escrow account on your behalf, and any points you may have paid as a result of obtaining the loan. In addition, the form will show any private mortgage insurance (PMI) premiums, if applicable, which are also tax-deductible.

It’s also important to have copies of your closing statement and the closing disclosure (legally required from the mortgage lender to the buyer no less than three days prior to loan closing.) These documents recount the financial trail of the sale and closing of the loan. The two forms can prove invaluable to tax preparers because they can readily see the information necessary for preparing your Metro Atlanta taxes – along with the Form 1098 from your mortgage lender.

If you sold a home…
While selling your home lacks all the tax-deductible perks buying one has, in most situations you can protect the profit you earned from the home’s sale from being taxed. IRS regulations say a profit of up to $250,000 for individuals and up to $500,000 for couples filing jointly need not be reported on your tax returns – if you primarily lived in the residence for a minimum of two years out of the last five years.

Again, as with buying a home, it’s a good idea to keep the closing settlement for your records as well as any receipts for any home improvements you’ve performed on your home. The reason? The cost of replacing a roof or adding solar panels could potentially be used as expenses to be subtracted from the original profit amount. In addition, experts say, homeowners should add the cost of such items to the price of the home when they sell it. Naturally, unless you were fortunate enough to sell a multi-million property, property values rarely reach levels where the $250,000 or $500,000 exclusion applies to the average U.S. home seller. With the average sales price of a home in the nation at around $350,000, the home value would likely have to more than double to reach the exclusion level.

For situations where you as a seller didn’t reside in the home for the required two years out of the last five, certain provisions may apply that could affect your ability to get a partial exclusion. If there are circumstances beyond the homeowner’s control – such as an illness or job transfer that required you to relocate – you may still be able to avoid paying taxes on at least part of the profit. Experts say in such unforeseen circumstances, homeowners are sometimes granted half the exclusion amount.

As is the case with any tax-related question, if you have concerns about what is and isn't deductible on your Metro Atlanta taxes, we strongly encourage you to consult a CPA or tax professional. And, as always, make sure you have all home-related documents and expense records in a safe place at your disposal in the event you’re asked a question that may require back-up for your tax preparer.

Knowing as much as possible about what tax consequences homeownership carries with it is an important asset. And, for homeowners who’ve moved during the tax year, it can mean the difference from being able to deduct money from your Metro Atlanta taxes and having to potentially pay more.

You can also find additional information online at www.irs.gov and by searching broader keywords on the web such as “real estate tax deductions” or “home tax deductions.” Users may also find it helpful to type in the actual question to search for accurate answers. For example, “I sold my home in 2016, what are my tax consequences.”

You can find more articles pertaining to Metro Atlanta taxes in the Taxes section of our site below Atlanta Real Estate Categories in the column to your right.