With the Federal Reserve being on the verge of raising Metro Atlanta interest rates for the first time in several years, at least one economist says there is little to fear. Mortgage rates will stay low for a good while, says the Wall Street Journal’s chief economics correspondent, Jon Hilsenrath, even if the Fed does decide in favor of a rate hike.

Hilsenrath feels mortgage rates won’t be affected much, if any, despite what the Fed does for these main reasons:

1. The U.S. economy and, indeed, the global economy remain relatively weak, meaning the Fed won’t raise rates substantially in that environment.
2. The Fed has already said they don’t expect a big move primarily because inflation is so low.

Hilsenrath also points to the fact that we are entering a period of what will be a very slow progression of follow-up interest rate increases. The last time the Federal Reserve raised the interest rates, from 2004-2006, there wasn’t much of an increase in Metro Atlanta interest rates for mortgage loans, and the U.S. actually experienced a housing boom. Historically, therefore, he sees a precedent that most likely will be repeated — or, at a minimum, will not affect housing’s continued improvement.

Asked if the Fed does increase Metro Atlanta interest rates, will prospective home buyers rush to take action fearing other increases may occur, Hilsenrath said he doesn’t anticipate consumers will react out of fear. He thinks people will simply realize a rate increase “didn’t mean the world will end” and will go about their daily lives as if little had changed.

When asked about whether it was a good time for mortgage holders to refinance, Hilsenrath said the time for consumers to refinance is when it feels right to them. If there’s an opportunity now, people should probably take advantage of it.

The proverbial “bottom line” is this: don’t expect much, if any change in Metro Atlanta interest rates for home mortgages any time soon.
Get more Metro Atlanta mortgage tips and information by following us on Twitter and Facebook.

Metro Atlanta housing is obviously affected by interest rates, and recently, the much anticipated rate hike by the Federal Reserve was once again put on hold because Fed Chairwoman Janet Yellen said she thinks the housing market is still not where it needs to be.

Jeff Taylor of Digital Risk appeared on Fox Business News after Yellen's comments about the housing market being depressed or distressed, countering her assertion that the housing sector is depressed, citing that housing indicators are at all-time highs.

Many in the Metro Atlanta housing sector have actually been hoping the Fed WOULD raise interest rates. Taylor points out some of the reasons why this thinking actually makes some sense…

In a recent speech given in Cleveland, OH Federal Reserve chair Janet Yellen said she anticipates raising interest rates before the end of the year. She went on to say that the frequency of any increases would be gradual and would depend on the continued improvement of the U.S. economy.

“… I want to emphasize that the course of the economy and inflation remains highly uncertain, and unanticipated developments could delay or accelerate this first step. We will be watching carefully to see if there is continued improvement in labor market conditions, and we will need to be reasonably confident that inflation will move back to 2% in the next few years,” Yellen said.

In summary, Chair Yellen stated there were some determining factors that may possibly hold back future growth. She noted that businesses are retaining large cash amounts on their company balance sheets — an indication of risk aversion — and the housing market seems on the way to gradual improvement. Some market experts predict the Federal Reserve will raise interest rates as early as the end of the summer.

Get more news on interest rates, and news that affects the Metro Atlanta housing market, by reading the other articles we have in the section on Atlanta Real Estate News under Atlanta Real Estate Categories to the right, and by following us on Twitter and finding us on Facebook. 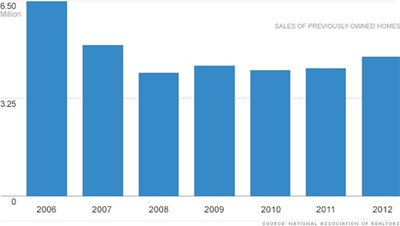 The National Association of Realtors reports that December sales of previously owned homes came in just slightly below November’s sales pace, but up 12.8% from a year ago. That brought full-year sales to 4.65 million, up 9% from 2011 and the best year for home sales since 2007, when there were 5 million homes sold just before the start of the recession.

Sales are being helped by a combination of strong market fundamentals, near record low mortgage rates, lower unemployment and a rebound in home prices, all of which are bringing buyers into the market who had been waiting for it to bottom out. According to NAR, the mortgage rates and years of depressed home prices have also combined to create the most affordable housing market on record.

And the NAR predicts strong sales should continue into 2013 and beyond. It has a forecast for 5.1 million existing home sales this year, and 5.4 million next year. 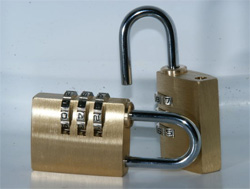 No one can time the market as to when interest rates should be locked in. The question most often asked about rates, “what’s going to happen in the next few months with interest rates?”

No one knows, and if anyone tells you they know what will happen to rates in the future, consider whether you really want to listen to them or work with them. They think they know things they can’t possibly know.

Consider the following when deciding whether or not to lock in your mortgage rate:

1 -á Lock in your rate when you have a good deal and you know roughly when you can close on your property. 30 to 60 days should be the longest lock period you consider.

2 – Lock in with a lender who offers you a float down. If rates get better, you can take advantage of the lower rates.

3 – Consider locking in with a lender who offers a liberal rate-lock extension policy. Understand that rate lock extensions are not free. Some expire beyond the ability to extend. Try to find a lender who will allow you to extend your lock if, for some reason, your deal takes longer to close than you had anticipated.

4 – Don’t think too long. Rates always go up faster than they fall, sorta like gasoline prices. If you find a rate that suits your budget, lock it in!

We know what moves interest rates, and we can even look back and determine what caused rates to increase after the fact. But we can also know who won the Super Bowl on Monday morning, but we don’t know who will win before it’s played.

Lock in your interest rate using the above guidelines as soon as your are able to.

Keep Your House Free of the Flu Bug With most of the country experiencing its worst flu year in decades, we need to be more conscience of things it takes to stay clear of the dreaded bug.

Vaccination is the best way to protect yourself from the flu. There are additional steps you can take to keep yourself and your family healthy this flu season.

Hand-washing is key, and vigorous hand rubbing is more important than water temperature or type of soap. Also, place paper towels or napkins at the sink you can use and toss, don’t use hand towels that just absorb and pass along germs.

ò Line trashcans with plastic bags from the grocery so you can throw away used tissues without touching them.

ò Clean door handles and faucets with inexpensive rubbing alcohol — 70% or 90% — rather than commercial anti-bacterial wipes.

ò Don’t forget to sanitize TV remote controls, especially if a sick person has touched them.

ò Crack a window or door to let in fresh air, rather than just breathing the same stale, germy air.

ò Wash sheets on sickbeds at least twice a week in the hottest water that they can stand and add a splash of chlorine bleach.

ò Avoid close contact with people who are sick. When you are sick, keep your distance from others to protect them from getting sick too.

ò Avoid touching your eyes, nose or mouth. Germs are often spread when a person touches something that is contaminated with germs and then touches his or her eyes, nose, or mouth.