In our Metro Atlanta Real Estate News for October 2014: 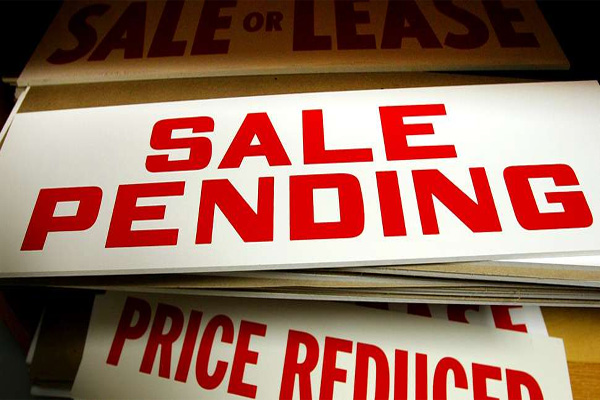 Nationwide, The National Association of Realtors' Pending Homes Sales Index, which is based on contracts signed for previously-owned homes, fell 1 percent in August from July and is 2.2 percent lower than August 2013. Pending sales mirrored a drop in settled purchases of previously-owned homes during the month. Those settlements were for contracts signed earlier in the year.

The pullback of pending Metro Atlanta home sales in August followed a 3 percent gain in July. The July advance numbers had improved on June's 1 percent decline after three months of gains in March, April and May.

Some blame August's decline on the market's improvement since the Great Recession. NAR chief economist Lawrence Yun said, "Fewer distressed homes at bargain prices and the acknowledgement we're entering a rising interest rate environment likely caused hesitation among investors last month. With investors pulling back, the market is shifting more towards traditional and first-time buyers who rely on mortgages to purchase a home."

Those first-time buyers may face higher mortgage rates in coming months, but they aren't out of reach just yet. Speaking of mortgage rates and how they may affect Metro Atlanta home sales…

Metro Atlanta mortgage rates have fallen to the lowest levels since September 9th.

According to the Primary Mortgage Market Survey released by Freddie Mac, average fixed-rate mortgage rates decreased slightly, a week after making their biggest one-week gain of the year.

Tomorrow, the jobless claims figures come out. New unemployment claims are compiled weekly to show the number of individuals who filed for unemployment insurance for the first time. These numbers could impact Metro Atlanta mortgage rates if the job numbers are not in line with expectations.

As we said last month when updating the Metro Atlanta mortgage rates here, if you're close to closing on a home, or have tight debt ratios/cash to close, lock in your rate and don't look back!

The 20-city S&P/Case-Shiller index released yesterday (September 30) indicates that prices rose 6.7 percent in July from a year earlier. That is the smallest year-over-year increase since November 2012. It's also a continuation of a slowdown in Metro Atlanta home price gains.

The report indicates that as of July, average home prices are back to autumn 2004 levels.

While the year-over-year figures are trending downward, Metro Atlanta home price gains are still rising month-to-month, although at a slower rate than what we are used to seeing over the past couple of years. Home prices are still rising two or three times the rate of inflation, said David Blitzer, chairman of the Index Committee at S&P Dow Jones Indices.