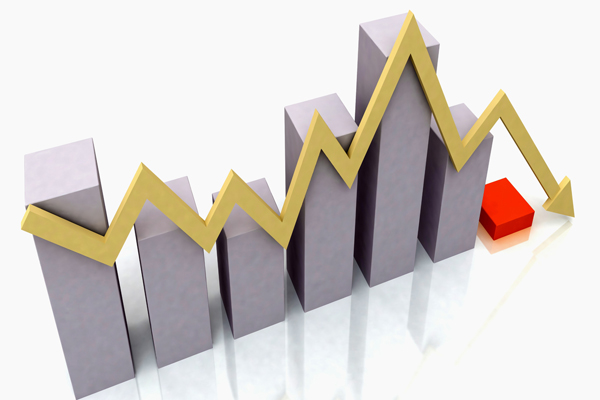 According to the July 2014 U.S. Economic Housing Outlook released recently by Freddie Mac, residential fixed investment fell 4 percent in the first quarter. Housing starts for June fell by 9.3 percent from the May pace. After adding to economic growth in 2012 through mid-2013, housing activity has slowed and is no longer driving the economic recovery. The American public seems less sure that the economy is headed in the right direction.

"Although the economic news for the first half of 2014 has been bittersweet, there is good news to share as we head into the latter half of summer," according to Frank Nothaft, Freddie Mac vice president and chief economist. "In particular, employment was up by nearly 1.4 million during the first six months and this will bolster household formations, resulting in positive gains most immediately for the rental housing market and then, longer term, for single-family home sales."

"The multifamily rental market has led the rest of the housing sector into recovery, and about one-third of housing starts in the first quarter were for multifamily rental apartments. There's no question the single-family recovery is moving slowly, but it continues to doggedly press forward and we are cautiously optimistic."

Cautious optimism is probably the correct position to take when evaluating the current state of the economic climate. But for the American people, the mixture is much more caution than optimism.

A survey recently conducted by Rasmussen Reports found that only 19 percent of consumers rate the U.S. economy positively, including four percent (4%) who rate it as excellent. Forty percent (40%) rate it as poor. Additionally, consumer sentiment is also down to its lowest point in months.

The June 2014 REALTORS® Confidence Index (RCI) Report indicates that REALTORS® had a slight dip in confidence about current and future market conditions in June across all markets, not just the Metro Atlanta housing market. Low supply of homes relative to demand, the challenging credit environment, and the continued slow pace of income and job growth were cited as the major factors constraining sales. Given the demand-supply imbalance, home prices generally continued to increase, and properties were on the market for fewer days for the sixth straight month.

A strong third quarter could do much to improve the psyche of the consumer as well as Metro Atlanta housing. Stay tuned… we'll keep you updated.

The home improvement component of the housing market, measured by the dollars consumers spend to update their homes, is expected to peak during the second half of 2014, and then begin to ease heading into next year.

Revised estimates from the U.S. Census Bureau show the home improvement market grew 5.6 percent in 2013. For 2014, the Leading Indicator of Remodeling Activity (LIRA) projects annual gains in home improvement spending of 9.9 percent, with annual growth slowing to 7.0 percent in the first quarter of 2015.

"With the economy improving slower than expected and home sales struggling to keep up with last year’s pace, the recent strong gains in remodeling spending will likely moderate later this year," says Chris Herbert, Research Director at the Joint Center. "Although this presents a challenge for the remodeling industry, the LIRA continues to project significant growth going into 2015."

The rest of the housing market is giving mixed signals, including low inventories, prices out of reach for some and tight credit for others.

Existing home sales climbed 2.6 percent to a seasonally-adjusted annual rate of 5.04 million in June, the highest pace since October 2013. But the Commerce Department reported recently that new home sales for June plummeted by 8 percent.

Metro Atlanta Mortgage Rates Hover Near Low for the Year

Average Metro Atlanta mortgage rates declined slightly this past week, and are hovering near their lows for the year.

Metro Atlanta mortgage rates are below the levels of a year ago. They have fallen in recent weeks after climbing last summer when the Federal Reserve began talking about reducing the monthly bond purchases it was making to keep long-term borrowing rates low.

The Fed issued a statement this week after a two-day policy meeting suggesting that it wants to see further improvement in the economy before it starts raising its key short-term interest rate. The central bank offered no clearer hint of when it will raise that rate, which is at a record low near zero.

Home prices rose in May from a year earlier at the weakest pace in 15 months, data released this past week showed, as sales remain modest.

At 4.12 percent, the rate on 30-year Metro Atlanta mortgage rates is down from 4.53 percent at the start of the year. Rates have fallen even though the Fed has been trimming its monthly bond purchases. The Fed said this week that it will slow the pace of its purchases by another $10 billion to $25 billion a month. The purchases are set to end in October.

To calculate average Metro Atlanta mortgage rates, Freddie Mac surveys lenders across the country between Monday and Wednesday each week. The average doesn't include extra fees, known as points, which most borrowers must pay to get the lowest rates. One point equals 1 percent of the loan amount.