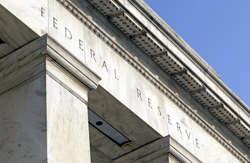 Declining Metro Atlanta home sales doesn't seem to be worrying the Federal Reserve any these days. Fed Chair Janet Yellen indicated recently, the government is keen to continue its support of the economy via purchases of Treasurys and mortgage-backed securities. However, the amount of which it invests is being gradually phased out.

After the recent Federal Open Market Committee meeting, Yellen said that the Fed could start raising short-term rates "about six months" after it completed its ongoing tapering of Treasury and bond purchases, which most expect to be completed by the fourth quarter of 2014.

1 – The large number of part timers working who would prefer full time jobs, but just can't find them.

2 – Stagnant wages where compensation has increased an average of only a little more than 2% per year since the recession.

3 – The large number of long-term unemployed who have been out of work for six months or more.

4 – The historic low rate of labor market participation–the proportion of working-age adults that hold or are seeking jobs. This number now stands aat 63%, about the same as it was in 1978.

New home sales of single-family houses in February dropped 3.3% to 440,000, reaching a 5-month low, according to the latest report from the U.S. Census Bureau and the U.S. Department of Housing and Urban Development.

The Fed often cites improving economic benchmarks, such as the nation adding more jobs, as necessary to justify the reduction of monetary support.

With spring comes new homebuyers into the market, and declining Metro Atlanta home sales should turn around. But Yellen's comments about the nation needing to add more jobs as necessary to reduce the monetary support, seems to suggest that declining Metro Atlanta home sales is actually one negative the Fed is willing to live with and is likely to continue on its path of pulling support for secondary markets.

We'll keep you posted on any further news coming from the Fed that may, or may not, affect not only Metro Atlanta home sales numbers, but the nation as a whole.