Buying Metro Atlanta houses is not on the list of the 7 dumbest purchases you could make, but these things that we tend to "treat ourselves to" usually leave us wallowing in regret later on.

If you're considering buying any one of the many Metro Atlanta houses on the market, psychologists say that's a smart move. They also say there are some impractical things we should step away from before buying and then wishing we hadn't. Some of these items are downright absurd, yet we tend to convince ourselves that we deserve them, or they're important in our lives. 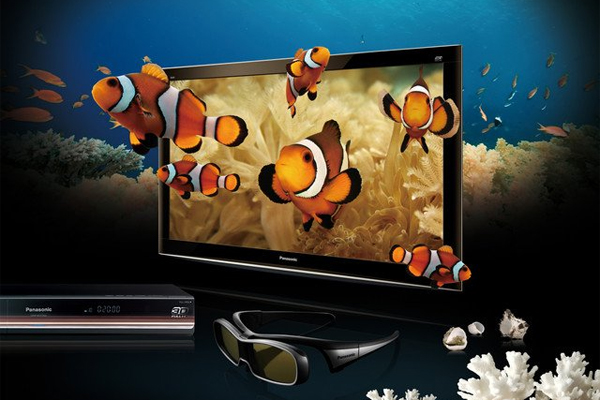 The majority of 3D television owners regret their purchase. It's not that the technology isn't cool. The leading complaint is that there just isn't enough 3D content to make ownership of one of these futuristic devices worthwhile.

When you're coughing up between $2,000 and $12,000 for the TV plus another couple hundred bucks a pop for the glasses, that's sort of a deal breaker. Most people find that it's a major annoyance to wear the glasses that make the third dimension pop. Sort of like wearing your sun glasses in the house.

Jacuzzi-style whirlpool tubs can be a real mood killer. Not only are they noisy, they're time consuming to fill with water and prone to completely drain your hot water tank. Plus they're expensive to operate, not to mention expensive to buy and install.

Bottom line: Most people don't use them enough to outweigh the negatives.

The cost of owning a timeshare extends well beyond the mortgage. Annual maintenance fees, property taxes, and special assessments are piled on top — and they can be quite expensive.

Want to sell it after you realize you made a mistake buying it? Timeshares are difficult to unload. Few people are interested in purchasing a timeshare in the aftermarket, meaning you're very likely to lose money even if you do find a buyer.

4. A Car They Didn't Research

A consumer watchdog report found that nearly a third of all motorists regret their most recent car purchase. Among the top triggers of dissatisfaction: The car is faulty, it costs more to run than they anticipated, or they simply didn't do enough research.

A car is one of the most expensive purchases you'll make (2nd to buying any Metro Atlanta houses). So before pulling the trigger on a flashy sport convertible or a clunker with the little engine that could, experts say it's important to weigh all your options and do your homework.

A Gucci handbag can cost more than the down payment on that vehicle you may wish you hadn't bought. Same goes for many designer scarves, furs, and dresses.

Many expensive clothes and accessories end up spending nearly their entire existence in storage. That's because the average person wears only about 20% of the clothes in their closet, according to retail specialists.

Among the top reasons our clothes go unworn? The items no longer seem as unique or important as when first purchased, or we realize it was an impulse buy rather than a smart, practical purchase.

So you got a big promotion at work. Why not reward yourself with a Rolex? You earned it. Plus, what's more practical than a classic timepiece? "Don't do it!"

Experts and psychologists agree, an expensive watch is probably among the dumbest purchases a person can make (if not THE dumbest). These days, most people don't even wear a watch any more because their phone can tell them the time anyway.

Okay, so most people would say a college degree is a smart investment — but it can certainly be regrettable. A third of millennials say they would have been better off working than going to college, according to a Wells Fargo study. The reason? They're drowning in debt, and because of it, most cannot buy any Metro Atlanta houses that are for sale even if they wanted to.

More than half the 1,414 college grads surveyed by Wells Fargo said they afforded their education by taking out hefty student loans that have become the crux of their financial distress. Many said they think they'd have been better off with a less expensive, public education than a much more costly degree from a top-tier school.

So there you have it. Our list of the 7 dumbest purchases people make. And buying Metro Atlanta houses does not make the list.

Now more than ever, you need to have an agent or broker on your side when looking for Metro Atlanta houses.